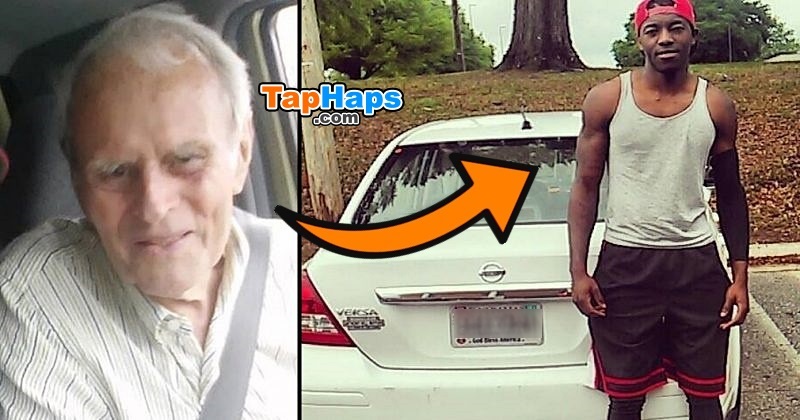 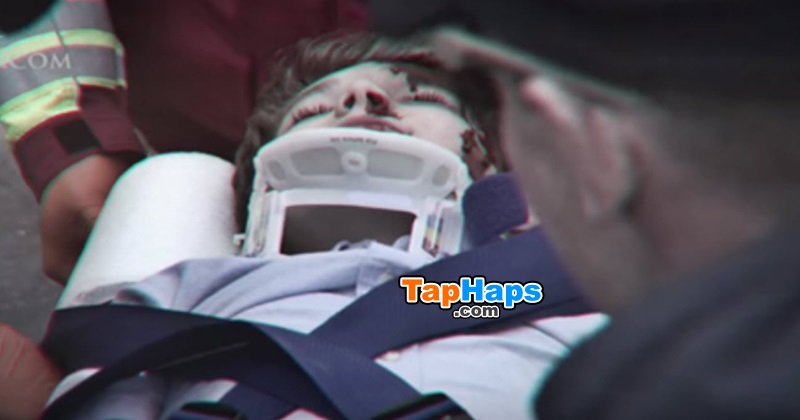 Boy Dies, Comes Back, Says Jesus Gave Him a Message for the World 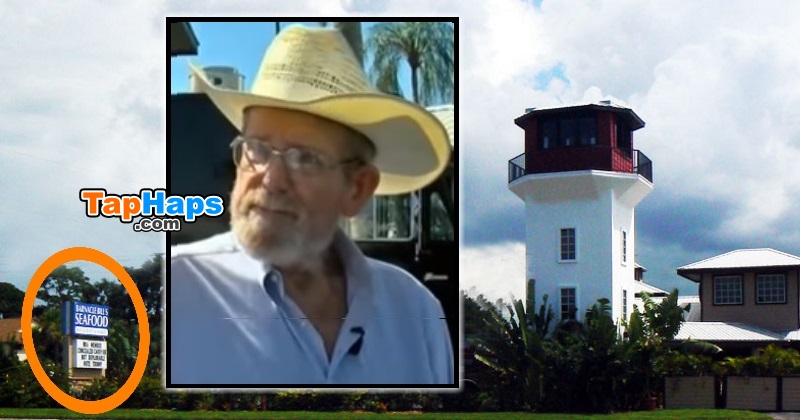 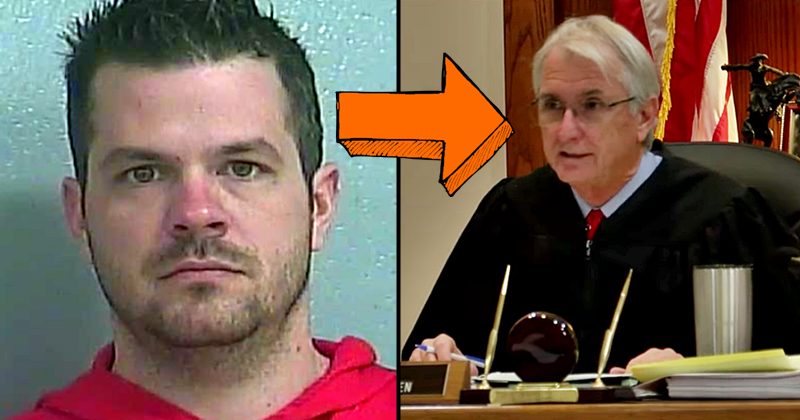 Man Rapes 2nd Girl While On Probation, Judge Doesn’t Send Him To Jail 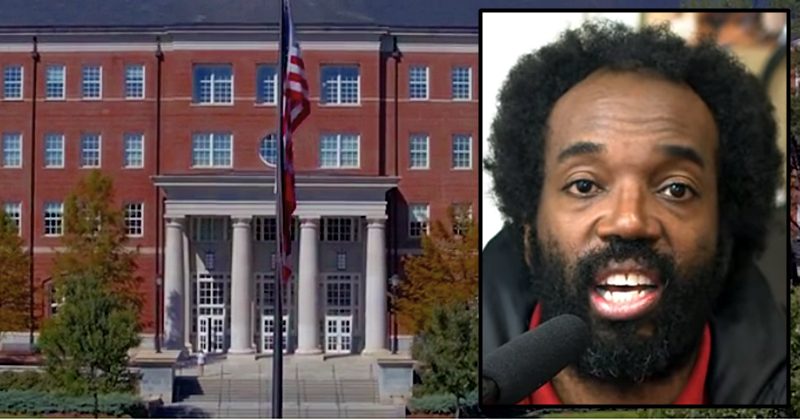 Professor Calls For White People To Die, College Says He Did No Wrong 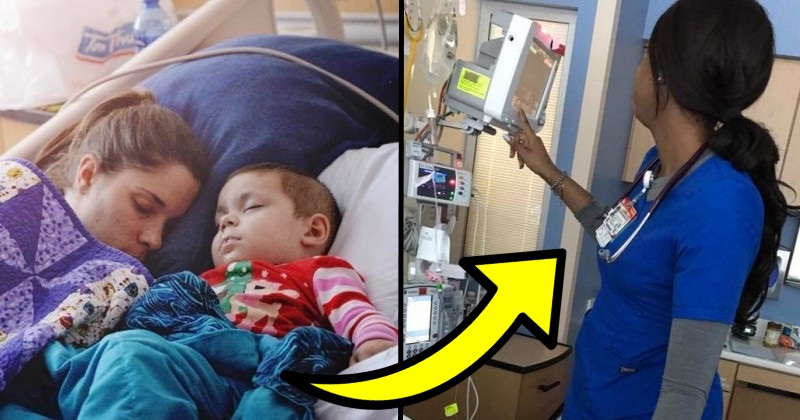 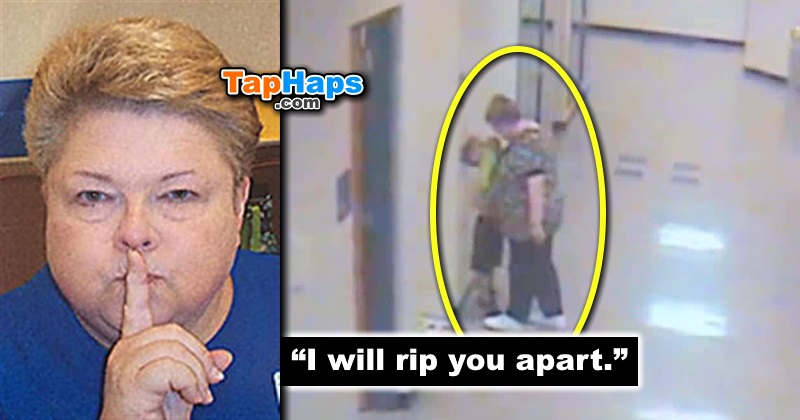 Kindergarten Teacher Got Physical With Student, Forgot About Cameras

Posted by Jodi Swan - March 28, 2020
The boy came home to his parents and begged them to not make him see the woman again. When they saw the security footage, they understood why. 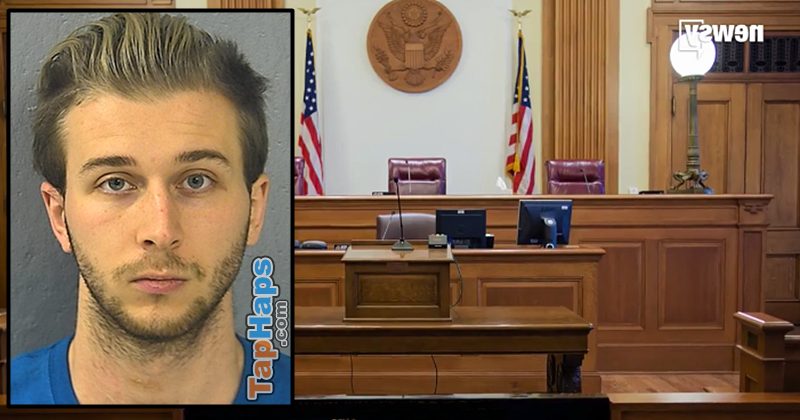 Man Admits To Raping Girl, Judge Frees Him Because Of Child’s ‘Mistake’

Posted by Carrie Dominic - March 28, 2020
After luring a little girl into his home and sexually assaulting her, a man confessed to his sickening crimes in court. However, instead of throwing the book at him, the judge decided to only give him probation all because of what he blamed the child for doing.

Posted by Christy Pepple - March 28, 2020
A mother is furious after some brutal bullies' playground stunt left her young son with injuries usually only suffered by astronauts. It was so bad, doctors didn't even know what to do. Outraged, she sent a clear message to those she feels are to blame. She used a graphic video and photos of her boy to do it — and it's hard to see. 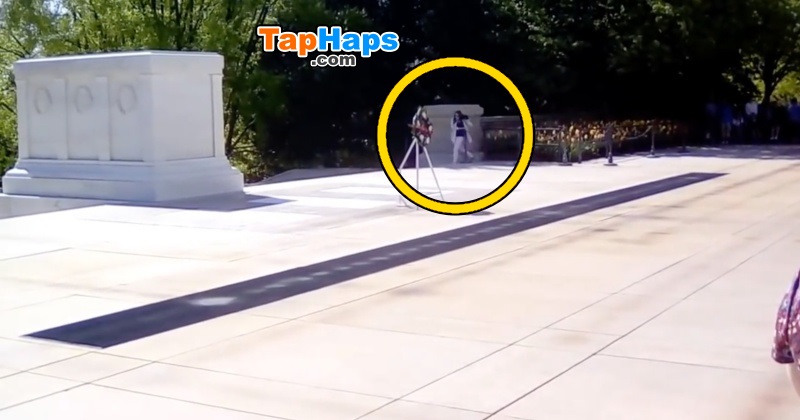 Posted by Jodi Swan - March 28, 2020
At times, it is hard to believe the amount of cluelessness that can fit into one person. This is one of those times. When an unbelievably rude woman stepped over the rail at the Tomb of the Unknown Soldier, a guard instantly made her regret it. 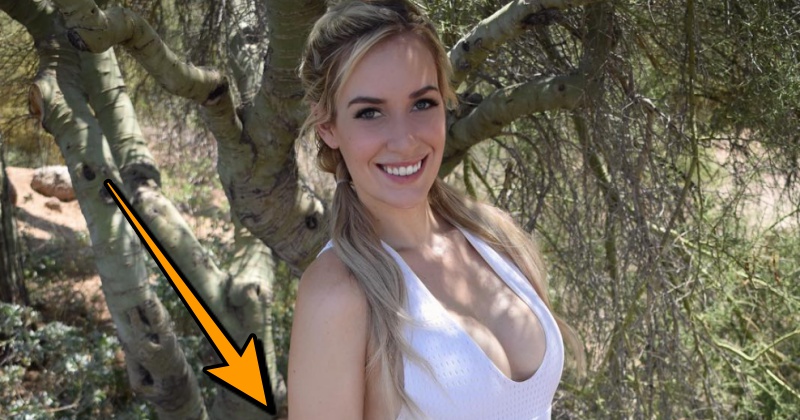 Female Golfer Criticized For Her ‘Sexy’ Attire — Are You Offended?

Posted by Jodi Swan - March 28, 2020
People are outraged over what this professional female golfer wore on the green. Take a look and let us know if you believe she did anything wrong. 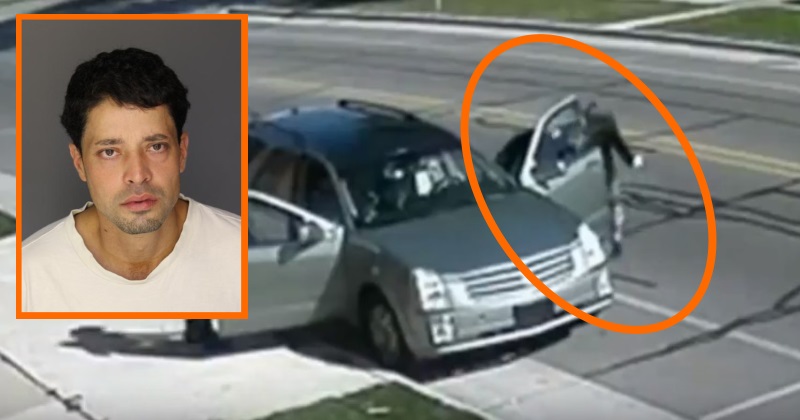 Posted by Christy Pepple - March 28, 2020
A Michigan man got into a fight with the mother of his children and began to beat her. However, things only got drastically worse when the SUV started moving. A business's CCTV caught it all, and it's downright horrific to watch.

Posted by Jodi Swan - March 28, 2020
Josh Gray went to the nurse's office after complaining of a stomach ache. Just two hours later, he was dead. When coroners took a look at his body, they were left stunned. 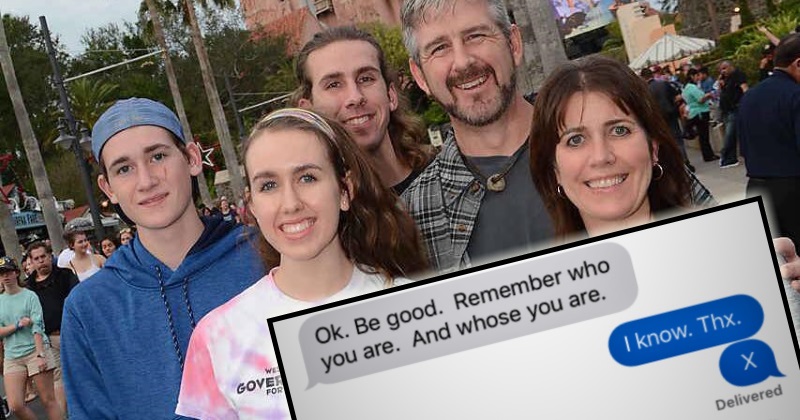 Posted by Jodi Swan - March 28, 2020
As soon as a dad saw that his teenage son sent him a coded text message with just the letter X, he knew what that meant. You're going to want to know what it means, too.

Healthy Woman Begins Vomiting On Hike, Then She Suddenly Dies

Posted by Christy Pepple - March 28, 2020
When a healthy young woman went hiking with some friends, no one could have predicted the terrifying chain of events they would face. Before long, she became sick and couldn't stop vomiting. Her friends went for help, but it was too late. Now, others are being warned about what took this student's life.

Posted by Carrie Dominic - March 28, 2020
After reviewing surveillance footage over a 3-month span, a school discovered that the new gym teacher had inappropriately touched dozens of little girls, possibly 88 in total. However, as soon as he was charged, outraged parents were devastated to learn that he might not even go to prison at all. 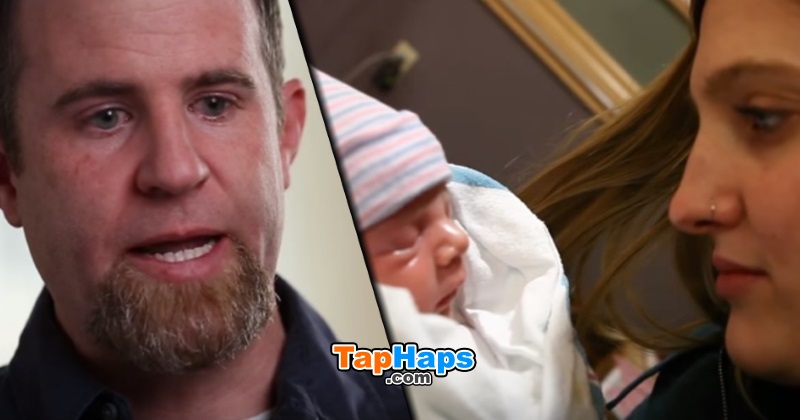 Posted by Christy Pepple - March 27, 2020
While preparing to adopt an unborn baby, a couple was given the opportunity to meet the birth mom. That meeting came with a shocking revelation when dad locked eyes with the young woman and realized he'd seen her before. 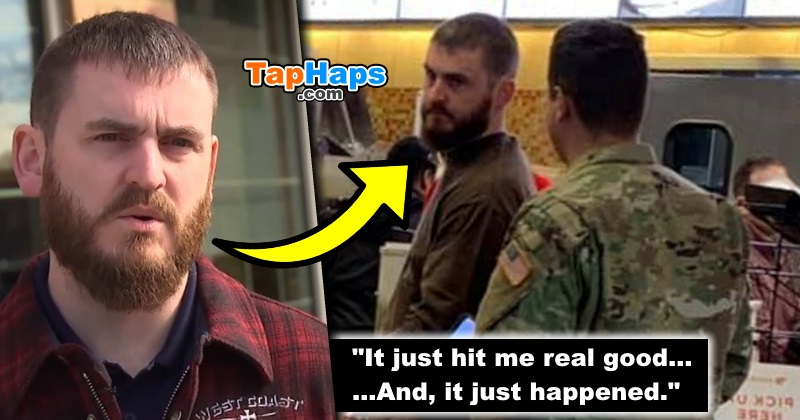 Posted by Christy Pepple - March 27, 2020
A man felt like he'd been hit as uniformed soldiers entered a Chick-fil-A only one week after he lost his brother, who served a tour of duty in the Middle East. With his loved one on his mind, he decided it was a good time for a lesson. However, he had no idea he was getting himself into something much bigger than he first imagined.

Posted by Carrie Dominic - March 27, 2020
After hearing that her son was violently choked and seeing the scratches left on his neck, a desperate mother confronted the boy's bullies and told them to stop. However, instead of her son's abusers being punished, she's the one who's been arrested. 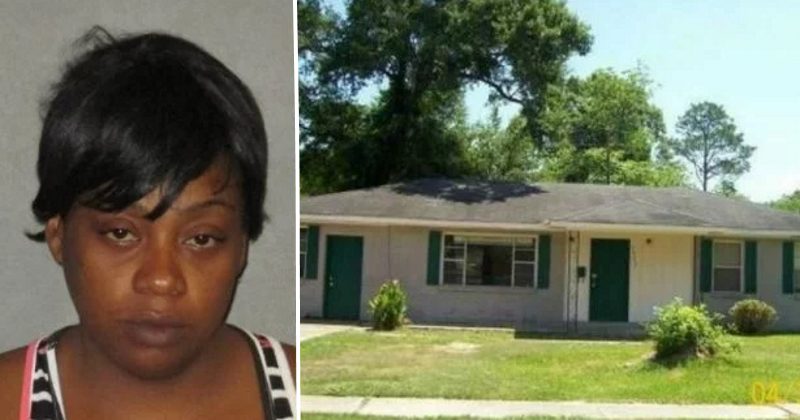 Posted by Christy Pepple - March 27, 2020
In Baton Rouge, Louisiana, Schaquana Evita Spears was at work when she got a call from a neighbor, letting her know what her sons were doing while she wasn't there. As soon as the mom hung up, she decided to drop in for an unexpected visit on her boys. She walked into a scene she wasn't expecting, and it all ended with her behind bars. 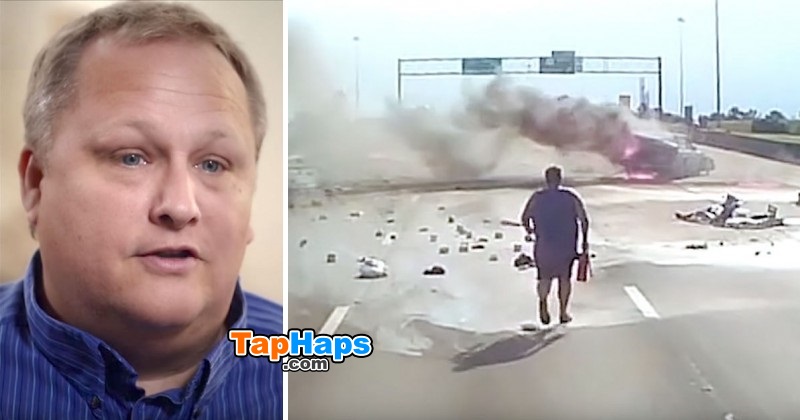 Posted by Christy Pepple - March 27, 2020
When a truck driver witnessed a terrible crash, he jumped out of his track and bolted towards the flames that had ensued. Little did he know, his dash cam would capture a miracle. 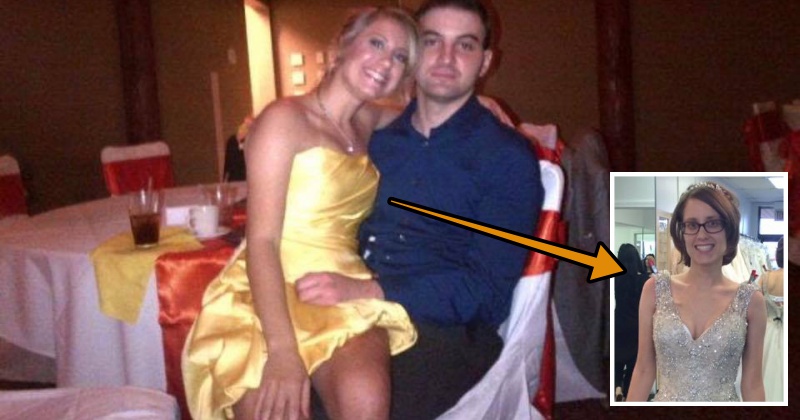 After Losing Wife, Husband Finds Photo She Left On Her Phone

Posted by Jodi Swan - March 27, 2020
John Polo lost the love of his life to a rare, terminal cancer. Her name was Michelle. One week after she died, John was lying in bed, totally devastated, when he stumbled across a photo on her phone, which she never intended for him to see. 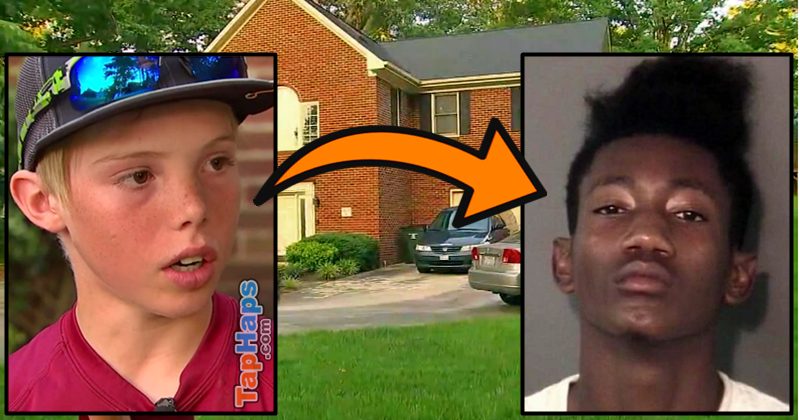 Boy Fights Off Intruder With Machete, Gives Him Brilliant Piece Of ‘Advice’

Posted by Carrie Dominic - March 27, 2020
When an armed robber broke into a North Carolina home, an 11-year-old boy grabbed his machete and single-handedly fought off the intruder. However, it was the child's brilliant piece of advice for the career criminal that has left readers in awe. 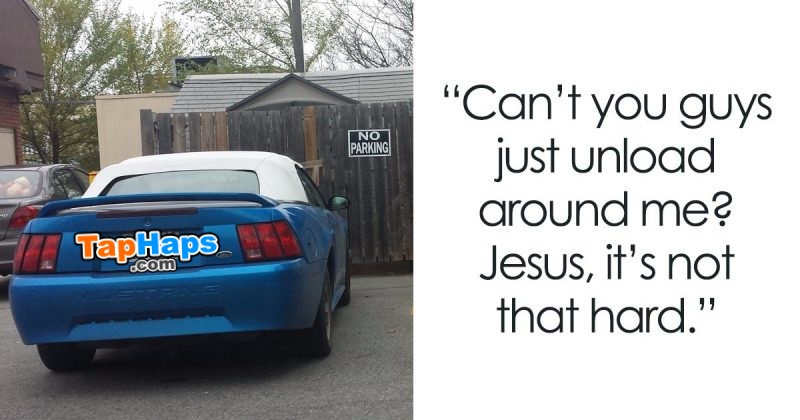 Posted by Christy Pepple - March 27, 2020
After ignoring the "No Parking" signs, a woman was rude when a construction worker politely asked her to move. That's when he decided to get the best revenge and teach her a lesson she won't forget. 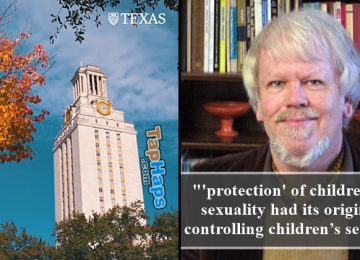 Posted by Carrie Dominic - March 27, 2020
After lecturing on the benefits of "pederasty" and lowering the age of consent for adults to have sex with children, a University of Texas professor was met with angry students calling for his termination. Now, the school has come forward with a decision regarding the man whom the community has labeled a "pedophile." 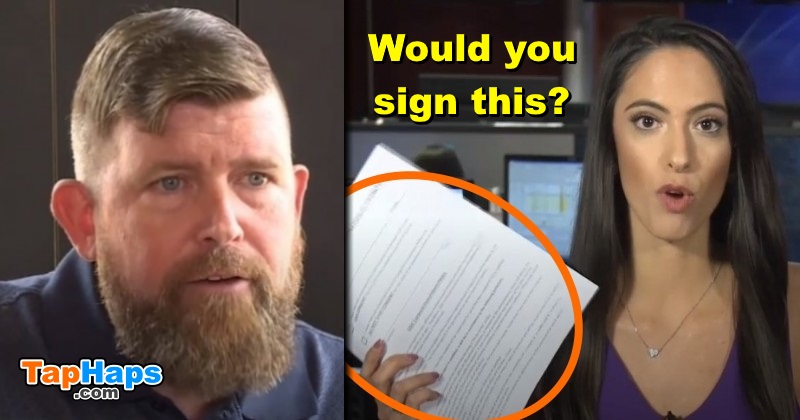 Posted by Christy Pepple - March 27, 2020
A Georgia charter school is garnering national attention after an unusual permission slip was sent home to parents. The administration was seeking to reinstate a controversial punishment, and it left some parents stunned. Others were quick to comply with the school's request. The only question is, would you sign this permission slip?
Load More Loading ....